MODELL+DESIGN is a unique academic institution for creative model building in Germany. On one hand it is the symbiotic networking of teaching with research activities and on the other hand the practical relevance, which creates new and unconventional solutions for complex problems.

MODELL+DESIGN emerged from the teaching of the designer, artist and university lecturer Burkhard Lüdtke. The projects developed under his direction have received numerous national and international awards.

The model makes content and results literally “comprehensible” for students and scientists as well as for non-academic addressees. Designs, ideas and concepts can be grasped, communicated and presented by means of three-dimensional objects. The three-dimensional object is the tactile and thus in the process of creation and  perception of the created the directly accessible concretization with characteristics that are missing from the purely virtually constructed reality. It completes the communicative access to reality.

The model is a universal means of communication, interdisciplinary and by definition an inclusive means of research and science communication. It forms bridges between internal and external cooperation partners, between subject areas and faculties and represents a future-oriented form of representation in a complex, globalised world.

Annette Müller has worked for MODELL+DESIGN since 1998 and Robert Niemann since 2005.

Annette Müller studied architecture at the Technical University of Berlin. Before and during her studies, she worked in various architectural offices as well as in design and model building. She completed her architectural studies in 2000. Since then Annette Müller has been working on projects in the fields of architecture, design and model design as well as in university teaching. Her work in Design for All, with a social and societal focus, has a complex design dimension. She methodically uses the direct and three-dimensional design of concepts and spaces on the basis of bodies, surfaces and lines to make thoughts visible. She is fascinated by projects that combine scientific knowledge with practical knowledge. Annette Müller lives and works in Berlin.

Robert Niemann
Robert Niemann is an architect and artist. Since he completed his studies in architecture in 2007, he has been involved in a wide variety of projects in the fields of architecture, art and design for over ten years. Among other things, he works in academic teaching and on the themes of Design for All. He deals with aesthetic, functional and economic questions as well as social and societal aspects. In the dialogue between the digital and its materialization, he tackles the designally challenging tasks in collaboration with private and public project partners. In this field of tension, unusual spatial implementations in the form of models, objects and works of art emerge. Portrait-like and figurative representations, transformed into colourful and surreal-looking picture compositions, form the focal point of his artistic work. Robert Niemann is an honorary figure skating trainer in the adult and youth sports sector. He lives and works in Berlin. 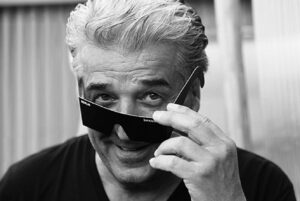 1973-1977 Studies at the Hochschule der Künste Berlin – Design – Diploma with distinction. Topic: The Doric Temple
1977-1985 Studies at the Hochschule der Künste Berlin – Art Science and Art Education – State examination for the artistic teaching profession
1985 Appointment as “Meisterschüler” of the Liberal Arts
1985 university lecturer for model making at the Technical University of Berlin
1994 Foundation of academic teaching MODELL+DESIGN
2000 Publication of the book “Modell-architektur-Design” – Die Lehre vom Architekturmodellbau
2002 Development of the study focus “Design for All”
since 1989 composer and lyricist of German-language music
since 2015 designer, author, composer and lyricist

Achievement:
– Teaching awarded national and international prizes
– Gold, platinum and double platinum award in the field of light music together with Carola Lüdtke